Design Your Very Own Outdoor Paradise
The way you want it!

The History and Evolution of Outdoor Grilling 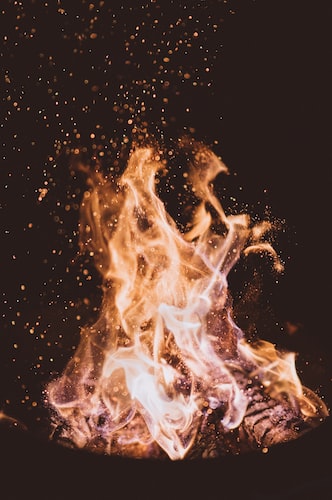 Grilling and barbecuing are very popular in the United States. In the summer months it is hard to walk around a neighborhood without smelling at least one outdoor grill in Ft. Myers fired up, cooking something delicious. Most Americans celebrate summer holidays such as Father’s Day, Memorial Day, Independence Day and Labor Day in their back yards with family and friends and the grill cooking away. But grilling isn’t just for the summer anymore. More and more people are using their grills year-round as their first choice in cooking hamburgers, hotdogs, steaks and more.

The first thing to know about grilling is that it is not the same as barbecuing. Though, in a lot of areas the words grilling and barbecuing are used interchangeably, they are actually totally different. Grilling is an extremely basic form of cooking, by placing food directly over an open flame or some source of high heat to cook it. In comparison, barbecue is a low and slow method of cooking over indirect heat.

Foods that are grilled don’t take long to cook and can become tender quickly. Hamburgers, hot dogs, steaks, chicken, seafood and even vegetables are all foods that are grilled. Barbecued foods consist of tougher, larger portions of meat such as brisket, ribs, tri-tip, and even pork shoulder. These meats need to be cooked at a lower heat for a longer period, so they can absorb flavor and become tender.

Grilling can be dated back to the days of the caveman. It is believed that cavemen came across some sort of animal that died in a fire. They scavenged the meat and found that this cooked meat was tastier and easier to digest then when it was raw. After that, meat was put on a stick and held over a fire which lead to the first form of grilling.

It is not known when or where this form of cooking began. The only thing that is known for sure is that it had to occur after the discovery of fire, which doesn’t narrow it down much. Anthropologists believe that preparing food and cooking over fire could have happened anywhere from 300,000 to 2 million years ago – so not super helpful. What is helpful is that this form of cooking has transformed and progressed to the delicious grilling that is around today.

The Evolution of the Outdoor Grill 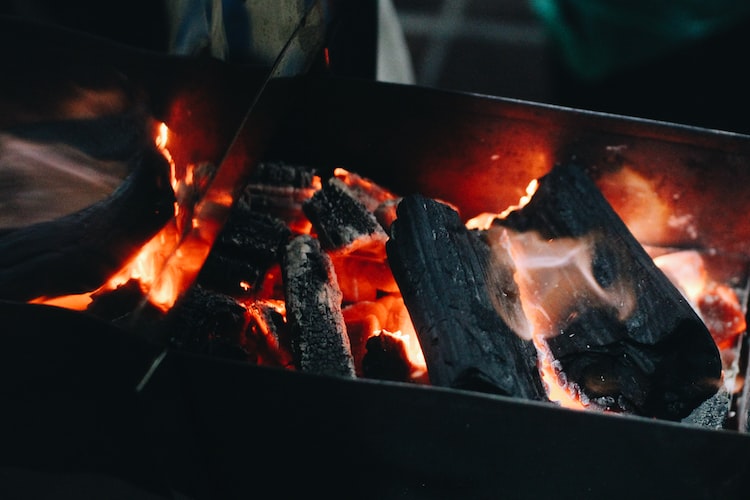 Between the time of the caveman and World War II, the historical focus switches from grilling to barbecuing. Though grilling still took place, the slow roasting of meat became more common and is discussed more thoroughly in historical literature. American barbecue gets its roots from the Caribbean. When Christopher Columbus met the indigenous tribes of an island, he named Hispaniola, he found that they had a unique way of cooking meat. They would put green wood over the fire, so it wouldn’t burn and cook the meat on top of it, keeping the heat from directly cooking the meat. The Spanish named this new form of cooking “barbacoa”, which is where the word barbecue comes from.

The Spanish explorers who followed Columbus began using this same cooking method and brought it to what is now the United States. There is evidence of the Chickasaw tribe, which was in modern day Mississippi, cooking a feast of pork using the barbacoa method. This method then slowly worked its way into the colonies all the way to Virginia where it settled for an lengthy amount of time. After Virginia, it then began to move through North and South Carolina, Georgia, across the Appalachians and into Kentucky and Tennessee. Then as settlers began moving west, barbecue followed, hitting it big in Texas and slowly making its way to the Pacific coast.

In colonial times, barbecues were typically loud, rambunctious and had a lot of heavy drinkers in attendance. By the 19th century. barbecues became polite, well-mannered events that brought people together. During the Civil War families would host barbecues that were open to the public to try and rally support for the troops, this was the first-time barbecues became political. Barbecue remained a community event, with everyone bringing a dish, up until the 1890’s.

During the 1890’s barbecued foods became commercial. Men who were particularly good at cooking barbecue would sell their services for holidays or public events. They usually cooked in movable tents which allowed them to go from place to place, but those tents evolved into the first barbecue restaurants.

Grilling rejoins history and makes itself known after World War II. That is when the middle class began moving to the suburbs. With the suburbs came backyards and with backyards came grilling and cookouts. By the 1950’s backyard cookouts and outdoor grilling became the “in” thing to do.

George Stephen, a metalworker for the Weber Bros. Metal Spinning Co, created the first modern day grill. He took one of the harbor buoys that his company made and modified it. He cut it in half and on one half he welded three legs and added a grate then with the other half he created a lid with vents cut out to help him control the temperature. Today it is known as the Weber grill and it has revolutionized Ft. Myers outdoor grills.

The type of grill someone chooses is strictly a personal preference. Charcoal grills can get up to 500 degrees and are great for foods that need direct heat. However, charcoal grills are also hard to master, messy and it can be hard to control the temperature.

Gas grills on the other hand offer temperature control, accessories, and are great for slow cooking. But they can also be hard to clean, parts can clog and most food ends up being well done if not grilled correctly.

The evolution of the outdoor grill continues today. Now, instead of having a small grill someone can have an entire outdoor kitchen which puts entertaining at a whole new level. Paradise Grills offers the most state of the art outdoor grills, outdoor kitchens, and bar systems in the Ft. Myers area.

This document has been composed with the free HTML edior which can be accessed here. Use it every time for document editing. Why Paradise Grills Is The Very Best Option in Hoover, Alabama Why Paradise Grills Is The Very Best Option in Kennesaw, GA Paradise in your Jacksonville, Florida backyard